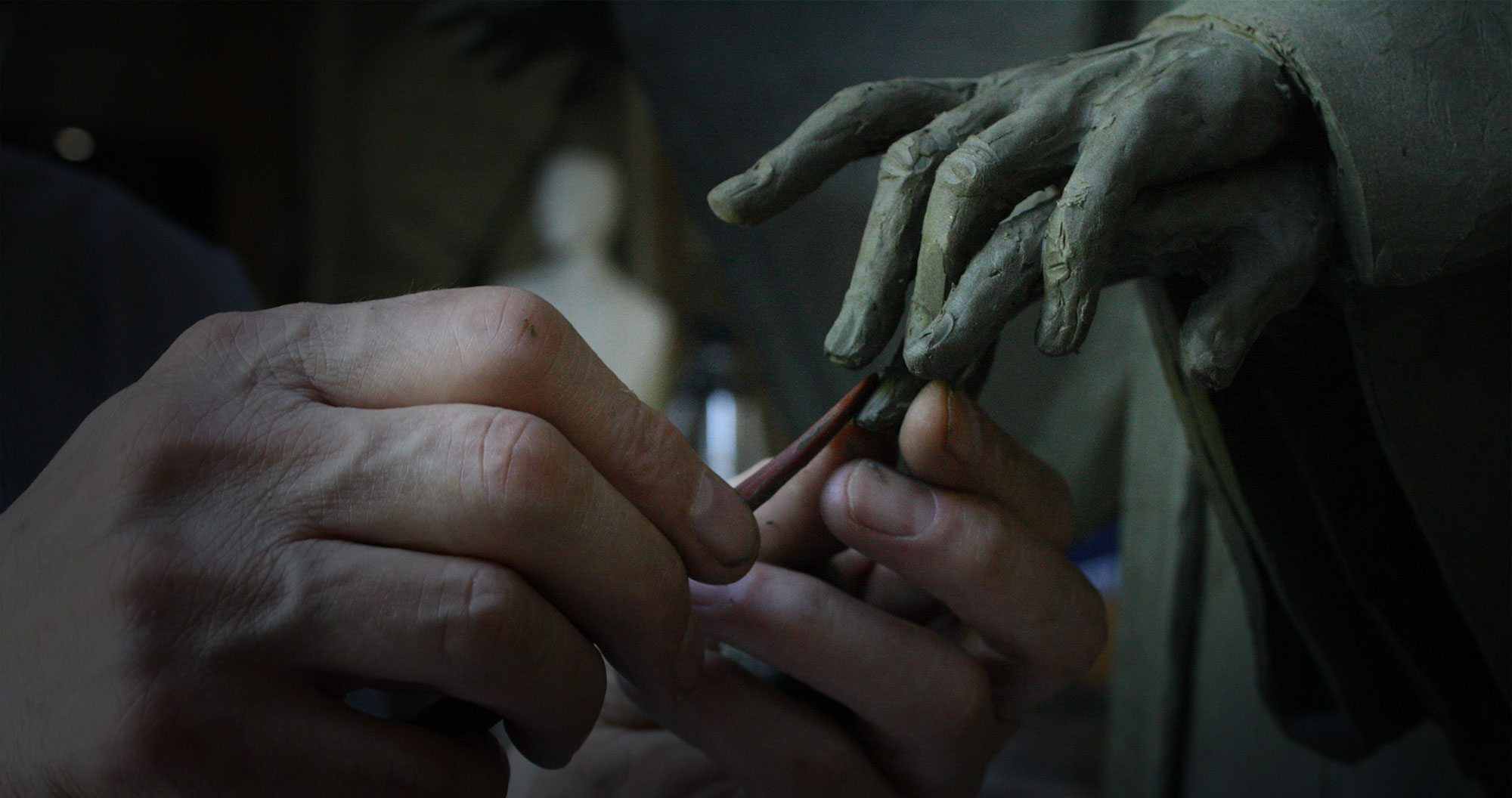 The monumentality of the dream

A majestic beauty, dominated by the triumphant characters, lives the pace plastic Paolo Borghi. The hand of the artist marks in the shapes of the breaking of the space-time relationship and the protagonist of his storytelling is present to our gaze. The body of the works exhibited are the result of research developed over time, slowly shaped with skill and technical knowledge and, later, became all-encompassing, from the mid - ’80s. The man is as artifex as one who works on the subject by experimenting and documenting his own essence in the careful attention of the modelling. This experimentation is operated by Villages. The sculptor has been able to mediate the knowledge of a rich past with the desire to relive the myth in the actuality of the present. In the system, the monumental of his works, even those that do not comply with the large size, the artist draws the deeper lines of his own existence intellectual. The figurative develops in a succession of plans, which you define in thickness, soft, and smooth surfaces and compact, in the jagged branches jutting out. It is a continuous reaching out in space in order to develop the image which returns the cyclic succession of the seasons. In the story, vichianamente understood, and it is manifested in the recovery of the verum of the forms of the mind that hides behind the factum. Villages traces the tradition of artistic and literary, and the charge of the strong symbolic intensity. Among the myths first among all states to Apollo and Daphnethat becomes node germinating in his artistic production. The plant sculpture refers to the echoes of a classicism remote, but still alive and beating in its essence, the substance. We see him in the drapes that envelop you in an impetuous embrace of the bodies, in which they still vibrate the distant chatter of a figure dangling from the concept of strict eurythmy.

The robust structure of the human figure, often intersects plastically to another, in a construct of logical consequence: the material is modeled track backgrounds vigorous in a continuous blend of profiles, now wild and rough, now urban and geometrizzanti. The immediate visual approach is taken away from the bodies and clothes of tangible softness, which was already of Phidias in the statues mutilated Dione, Hestia and Aphrodite. The sculptures of the Villages leave the cover of this classicism, ecstatic in the shape, to restrain a more profound and heartfelt romantic sensibility: it is the awareness of having to resort to the allusiveness of the language to be able to tap the mysteries of transcendence. And it is precisely this insight that with the thrill of pressing supports or holds the men and women of the Villages. The moment that you load the cosmic drama in the time of end of the illusion, and it evokes the myth: the “Cliff of Sappho”, 1996 earthenware, a rock, an imposing and precipitously steep, on top of which stand out as the expression of a twofold will, two female figures symbiotic, defined on a connotation of color that emphasizes the intensity of the torsion. Subjects such as “The stability of the gaze”, 1996, or “The paused Node”, 1997, purchased in the work of Villages valence contemporary, slipping between the levigatissime and sensual melodies plastic berniniane, where painting, sculpture and architecture merge together in a set of courtly scene, fìno to come in a never-ending whirlpool of interpretation to the great teaching of Arturo Martini: take in the fairy tale and myth, the most profound truth of the truth terrestrial existence. The availability of Villages to move between the history of the forms demonstrates a lack of awe in front of the authority of tradition and confirms the willingness to understand, in the succession of the “follies”, the importance of the journey. The artist requires to work his creative intensity, describing a humanity that mediated between the massive vigorous of the muscles and exultation graceful draping. In these years, the Villages has thus constructed, in a series of works created with great consistency, the history of the artist and of a man. A path, her, that you define in proceedings plastic faithful to the established traditional techniques: marble, bronze and terracotta, teachings, which do not exclude freedom of inquiry and expression. Witness to that is the exasperated balancing act of “outstanding Song”, 1995-’96 in which the figure is retained in the function of the element is interdependent of the landscape, the composure of the anatomical poses in a symmetrical way between full and empty, supporting the entire order of the composition. This leads to the persistence of a sensuality and a pathos which captures the memory of the atmospheres of the landscape steeped in mythological fables of Arnold Böcklin. The work develops a soft evanescence mixed with melancholy and charm, which states the Villages, has been able to make their own the more intuitive expressions of the romantic spirit, moving towards the arcadian and the mythical. The sculptor with panting participation in appropriate instances from the classical Greece projecting to the dawn end of this millennium, the draw in the bodies that come out of the matter, you do matter braiding still in the profiles of that legendary era in which the man lived in intimate communion with Nature. ”Classicism, "wrote alberto Savinio - is no return to the forms prior to the pre-established and consecrated by a' time spent: but it is the achievement of a form more suited to the realization of a thought and a willingness art, which does not exclude at all the newness of expression, on the contrary, the includes, on the contrary, the demands”. And these reflections, images of the late renaissance, which was watched by De Chirico watch also Villages. How to watch to the tradition of sixteenth-century imbued with that mannerism that develops the line serpentinata esasperandone the joints of michelangelo. The way it emerges in polychrome terracotta “Nature”, 1996, is the male anatomy, is the act aimed at fighting the weight of the masses that hold the two figures. The voluptuous chase of the protagonists expresses itself in a knot of bodies, in the modest and compliant rid of smiles, in the intertwining of the limbs. Behind a solid architectural layout is defined by a contour, firm and measured, which is based on the hard compactness of the rock: 1'ondulato decline accompanies the direction imposed on the matter from the man.

And in a recent work as “The tree of the world” seems to transfer into a dreamlike dimension, the pace light of the woman. A vertical extension tends to spiritualize the strength of the concept, while the landscape, village, extends forward almost to evoke a ritual votive. The great technical skills of the Villages is expressed again in the “Rotation suspended”, 1996. The two bodies seem to be transported in intimate communion in this continuous flow of matter: it is a passage, a crossing of the magma earthquake has covered multiple times in the history of man, annihilating the cry for capturing the semblant. Those tensions of the origins and occult push you to the deep, and leave us in disbelief in front of “The Venus of the crystals”, 1996, is a perfect synchrony between gesture, colour and material. The force immanent is retained by the arm that grabs the pagan divinity, while the hand tightens manfully the dagger. The decision of the gesture seems, however, resolve in the intensity muscle of the forearm. A meticulous overlap of the volumes comes directly from the limbs of Venus in a new and precious reconfirm the constant transformation of Nature.